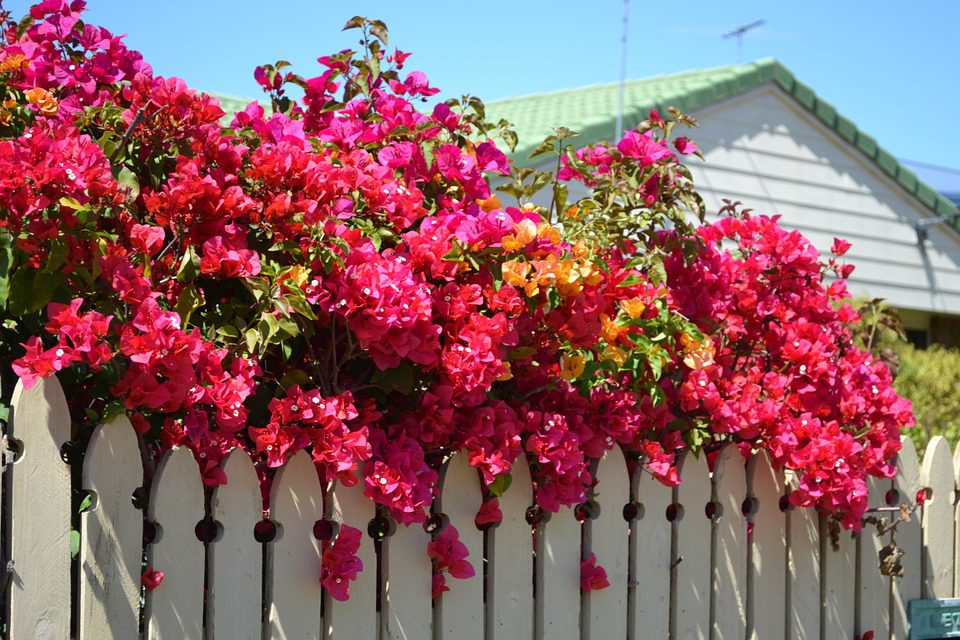 Flowers are the most beautiful things on earth. Every flower is intriguing in its own way. With different origins, structures, and multiple colors, every flower represents something different. Sounds interesting? Here are some flowers that start with B.

Balsam gets its name from the Latin word balsamum meaning ‘gum of the balsam tree’, which is derived from Semitic, Hebrew basam, meaning ‘spice’ or ‘perfume’. Balsams belong to the genus Impatiens, which consists of more than a thousand flowering plants. Balsam plants are easy-to-grow, small, annual plants that bear colorful flowers. They bloom in shades of red, pink, purple, violet, orange, white, and yellow. Flowers bloom on upright stems with light green foliage. The flowers have a mini rose-like appearance with well-spaced petals. Balsam is one of the rare rainy-season blooms among the flowers that start with B during the rainy season.

The mature pods of balsam plants burst at the slightest touch at the end of the season.

Some varieties of balsam are –

The genus Bougainvillea belongs to the four o’clock family, Nyctaginaceae. They are thorny vines that bear paper-like flowers in large bunches. These ornamental plants do not require much care and can grow in almost any kind of soil. When in bloom, Bougainvillea flowers draw much attention due to their bright, vibrant color. An interesting thing about these flowers is that what appears like the actual Bougainvillea flower is actually a set of three to six brackets that surrounds the small white flowers in the center.

The plants grow well on sunny spots and well-drained soil. They should be planted on higher grounds like hill slopes. They can also be trained as bonsai. Bougencillas are often planted on arches of gates and patios for their quick-spreading, vine-like nature. Bougainvillea is one of the most popular flowers that start with B.

Some varieties of Bougainvilleas are –

Bishop’s cap is a delicate-looking, snowflake-like, soft, fringed flower with highly fuzzy petals. The flower somewhat resembles a snowflake with its highly dissected petals radiating from a cup-like center point. The tiny flowers bloom on slender green stalks. Each flower has five feathery white petals and is about 0.12 inches wide. Each spike-like stalk holds multiple flowers. In the wild, these clump-forming plants grow in woodlands. When planted in gardens, the feathery white flowers pop up in spring adding a delicate touch to the scenery.

The Bishop’s Miter Cactus also known as the Bishop’s cap cactus, or the Bishop’s hat belongs to the family Astrophytum. The family name originates from the Greek word ‘astron’ meaning ‘star plant’.This spineless cactus bears yellow flowers with an orange or red center. Daisy-like flowers bloom in spring or early summer and stay for about two days. The plants are roundish in shape with white hairy scales.

Also known as Snow on the mountain, Goutweed, Ground elder, Herb Gerard, the Bishop’s weed, is a plant that has long, white, spread-out branches. The plant needs partial to full sun to bloom. The beautiful white flowering plant grows wildly in forests, abandoned fields, and pastures and is considered invasive in some regions. Bishop’s weed belongs to the carrot family, Apiaceae. The flowers grow in bunches on green stems that branch out from a central point. The small white flower bunches resemble an umbrella.

With cotton-candy-like pink or purple flowers, Bishop’s wort is also known as hedgenettle, pink cotton candy, betony, and wood betony. These herbaceous perennials produce flowers on plump, wand-like stems. The showy flowers bloom on interrupted spikes. This flowering plant belongs to the mint family, Lamiaceae. Betony is a herb that’s mostly dried and used as tea. From medieval times, Bishop’s Wart is believed to protect people from harm and ward off evil. Bishop’s worts are one of the most beneficial flowers that start with B with important herbal qualities.

Bistort, also known as European bistort, meadow bistort, snake-root, snakeweed, and Easter-ledges is a flowering plant from the family Polygonaceae. Bistort is a semi-evergreen, bushy, herbaceous plant that blooms in summer and early autumn. Pretty pale pink or purple flowers bloom on spikes. The clump-forming plants have dense green foliage and can grow almost anywhere. They make an excellent ground cover and prefer moist, partially, or fully sunny spots.

Also known as black bugbane, fairy candle, and black snakeroot, Black cohosh is a flowering plant species belonging to the buttercup family, Ranunculaceae. The bush-like wild flowering plants can grow from three to six feet tall. The long compound leaves are toothed. The plant produces long spikes of ‘candles’ of small and fuzzy white flowers. The showy flowers bloom in the summer and have an unpleasant smell that’s thought to repel insects.

There are more than twenty species of hellebores that belong to the buttercup family, Ranunculaceae. The low-growing, perennial, plants have shining, smooth, dark leaves. The beautiful rose-like flowers bloom on erect stalks. Also known as the Christmas rose, the Black hellebore, is an excellent flowering plant for gardens. The classy, ornamental wild-rose-like flowers will add beauty to any winter garden.

Also known as leopard lily, Salmon blood lily, or leopard flower, the Blackberry lily is a perennial herb bearing extremely showy flowers from the iris family, Iridaceae. The flowers have six red or orange petals with dark spots resembling a leopard’s fur. They appear in spays and last for several weeks. The flowers bloom in late summer.

Two varieties of Blackberry lilies are

A popular garden flower in its own right, Baby’s Breath looks exactly as it sounds. They have a very delicate, soothing appearance and stay covered with tiny, pink or white flowers in summer. Like its name, Baby’s Breath is said to symbolize purity and innocence, along with love. Owing to their airy look, they are often found in floral arrangements and serve as excellent cut flowers. Called Soapwort in Great Britain, Baby’s Breath is often used in bridal bouquets, memorial services, wedding flowers and general decoration purposes.

Its botanical name is Gypsophila. This name is connected to gypsum, a soft, calcium-rich mineral the plant enjoys growing in. Gypsophila itself means ‘lover of gypsum’, while some say it means ‘little one of the soil’. Unlike what the name might imply, Baby’s Breath does not have much of a scent, but some people think it smells quite a lot like spit, hence the name.

A wildflower that mostly blooms in the spring, Baby blue eyes bloom mostly in cool shades. Belonging to the family Boraginaceae, these shrub-like plants have succulent stems and are low spreading. They bloom with six curved petals.

Despite being a wildflower, its delicate and fresh appeal has earned it a spot in many gardens, pots, and rockeries. They are easy to take care of, even in semi-arid areas, and bloom in the spring, summer, and occasionally in fall. Baby’s blue eyes are long-lasting and continue blooming for around two weeks.

The origin of the name cornflower stems from the fact that these annually flowering, herbaceous plants grow widely like weeds, in cornfields. However, due to their alluring appearance, they are now willingly cultivated for gardens and ornamental floral arrangements alike.

Balloon vine, Chinese bellflower, Japanese bellflower, and platycodonis are other names for Balloon flower.The plants on which these flowers bloom are herbaceous plants or climbing vines coming from the family Campanulaceae. These fragrant flowers get their peculiar name owing to their balloon-shaped buds and star-like, bell-shaped flowers.

They are hardy, disease-resistant plants that bloom in various shades of pink and white. These perennial flowering plants grow very well in moist, rich, well-drained soil. Balloon flowers are low-maintenance plants and grow easily in most climatic conditions. These delicate-looking flowers have succulent stems and can be used as beautiful cut flowers. However, the milky sap oozing from their stems needs to be stopped before placing them in vases or flower arrangements.

Also recognized by names such as bergamot, oswego tea, horsemint, and its botanical name Monarda, bee balm flowers get their name from the Spanish botanist Nicolás Monardes. These herbaceous, flowering plants belong to the genus Monarda, from the mint family, Lamiaceae. Surprisingly, the leaves of this flowering plant do indeed smell like bergamot orange.

A herb that has been popular for centuries, Bee balm is believed to boost the immune system. Its leaves were a key ingredient in tea for a long time. Bee balm is a hardy plant and grows well in most moist and well-drained soils.

Bee balm flowers are tubular in shape and come in colors like pink, red, purple, and white. They have a crowded head-like structure arranged in a bilaterally symmetric fashion. These flowers consist of a narrow upper lip, a wider lower lip and stay attached to the base using leafy bracts.