﻿Ten Flowers That Have Surprising Meanings 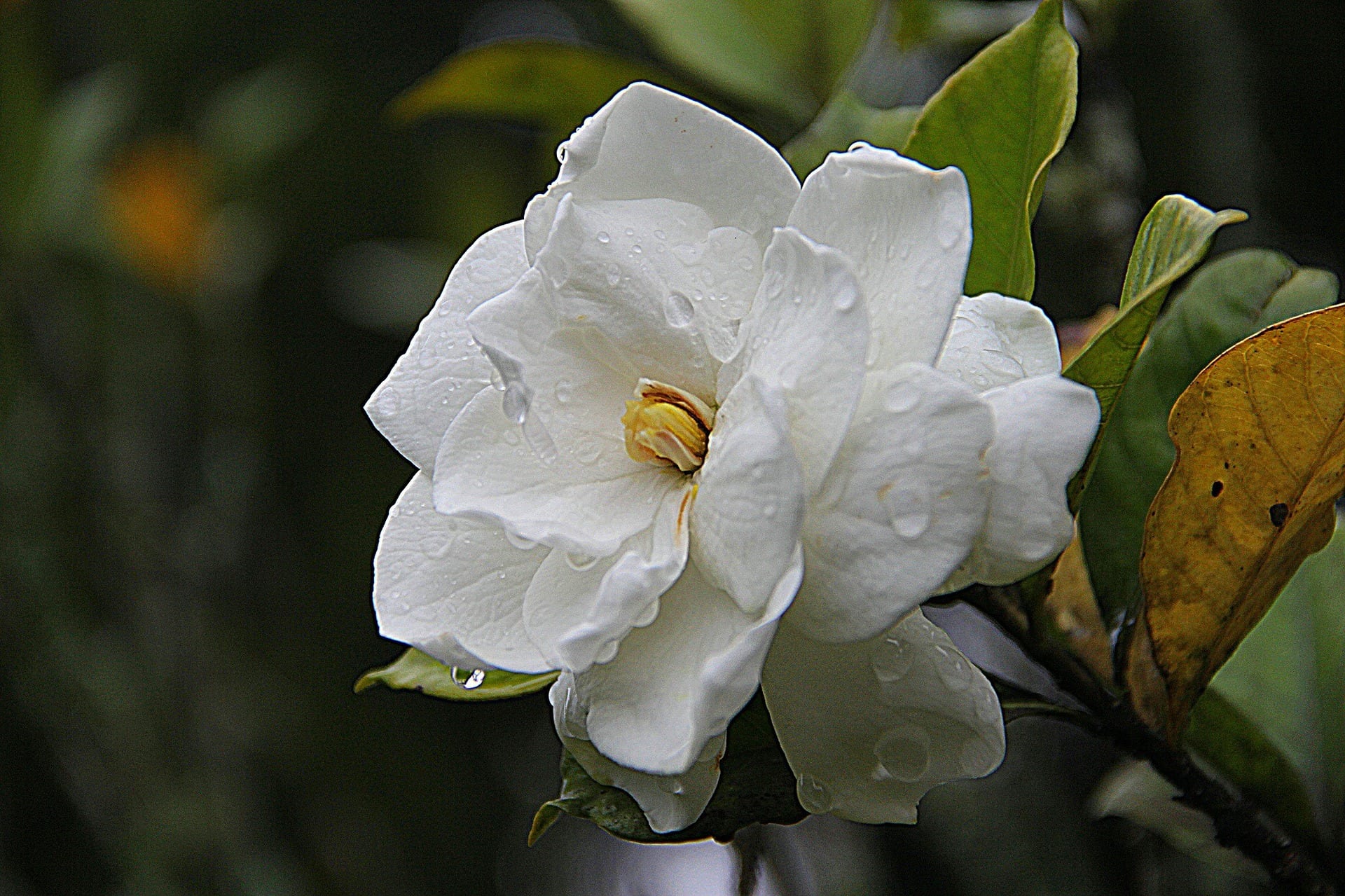 Everyone loves flowers. They are beautiful, smell wonderful, and can convey meanings without words. Flowers are an important part of major life events and rituals. Weddings, celebrations, and even funerals use flowers.

Have you ever wondered whether there’s a reason behind why certain flowers are more prevalent in certain situations? Why does a red rose mean love? And why are peonies popular in wedding ceremonies?

﻿In the language of flowers, every flower has its own meaning. The symbolism behind the names of each flower can even change depending on the color or the number of flowers. There’s even a name for the language of flowers. Floriography is the study of meanings and symbolism behind flowers and their names. In Floriography, the name of the flower is indeed important. A red rose shows love, while a yellow rose signifies friendship.

The study of different flower names and meanings is Floriography. This art dates back to the 19th century, when Joseph Hammer-Purgstall released the first official book of flower names and their meanings. This book was called the ‘Dictionnaire Du Language Des Fleurs’, or the ‘Dictionary of the Language of Flowers’.

What is the history behind the language of flowers?

Why would Hammer-Purgstall need the help of Armenian or Greek women to translate Turkish flower meanings to French? The history of the language of flowers is a little more nuanced than you may think.

People have been using flowers to express their feelings since ancient times. Flowers have been used in celebrations and rituals for centuries, but only with the release of the French books on the language of flowers did Floriography become more formalized.

Flower names and meanings, as we know them today, date back to the Ottoman Empire. Turkish women weren’t allowed to express their emotions openly under Ottoman rule. This made them turn to flowers. With different flowers symbolizing different meanings, they were free to express themselves without getting in trouble with the authority. This tradition was later picked up not only in France, but also in Victorian England.

The reign under Queen Victoria, who ruled between 1837 and 1901, came in the heels of the Romantic era. The Victorian era witnessed a change in social interactions. Strict etiquette was necessary while socializing

During this time, flowers and their symbolism emerged as an outlet to help people express their emotions without making a faux pas. Over time, the language of flowers continued to be valued and used. Today, flower names and meanings are used widely, and people actively look up the symbolism behind a flower before using them in different celebrations.

However, some flowers have some surprising meanings that you may not know about!

Tulips symbolize a variety of things, depending on the color of the flower. The word ‘Tulip’ originally comes from the Turkish word for ‘Turban’. Tulips were extremely popular in Turkey, and that is where the story of the hidden meaning behind the Red Tulip comes from.

Red Tulips mean everlasting love. But do you know why? A Turkish story about two star crossed lovers is where this symbolism derives from. There are different versions to this story, but a popular version tells the story of a Prince named Farhad. He fell in love with a beautiful girl named Shirin. However, they could not be together. When Shirin was killed, Farhad decided to take his own life so that he can be reunited with his lover. He died by riding his horse off a cliff. At the place where he jumped off, a single drop of flower hit the ground. From there emerged a flower, the Red Tulip. Since then, the Red Tulip has become a symbol of true and everlasting love.

Orchids are more than exotic flowers that look beautiful to the eye. In Ancient Greece, Orchids were closely associated with fertility and sexuality. Orchids were also seen as a symbol for masculinity.

Over time, this meaning changed to imply elegance, beauty and grace. In Victorian England, the rarity of the Orchid turned this flower into a symbol of wealth and luxury. In China, the Orchid symbolizes a deep friendship between two people.

Depending on the color of the Orchid, the flower can mean different things. A Purple Orchid means that you admire or respect someone. A Pink Orchid shows femininity and grace, and a White Orchid implies innocence. The Yellow Orchid is a symbol of great friendships and new beginnings in life.

Daffodil meaning is popularly conceived to be joy, happiness and cheer. However, there is a hidden Daffodil meaning as well. Daffodil, in the Latin language, is translated as ‘Narcissus’. The story of Narcissus is a Greek tragic myth.

Narcissus was beautiful, and he knew it. His obsession with his own beauty was seen as arrogant. One day, as he bent over a small pool of water to admire his face, the Greek Goddess Nemesis punished him for his vanity. She turned him into a Daffodil. This created another Daffodil flower meaning. The other legend holds that he stared at his reflection in the pool for so long that he forgot about his life. Eventually, he perished by that pool. Once he died, all that remained were the daffodils that grew along the edges of the pool.

Also known as Narcissus, Daffodil meanings are different as well. This is rebirth and new beginnings.

Chrysanthemums originate from China. In China, they were cultivated both for their beauty, as well as for their use in herbal remedies. After the expansion of Buddhism brought Buddhist priests to China, they carried the Chrysanthemum flower with them to Japan.

The Sunflower is often used to symbolize joy and happiness. The flower actively turns to face the Sun, and it can also make any recipient’s face shine like the Sun.

But the Sunflower has a deeper symbolism as well. The Greek legend of the nymph Clytie is most closely associated with the Sunflower. Clytie was in love with Apollo, the Greek God of the Sun. For a while, he returned her affections. Eventually, however, his affections shifted to another nymph named Leucothe. Clytie couldn’t do anything to win back Apollo’s affections. Out of jealousy, she told Leucothe’s father about their affair. This resulted in Leucothe being buried alive in punishment.

Enraged, Apollo turned Clytie into a flower – the Sunflower. According to this legend, the reason the Sunflower always seeks the Sun is as Clytie is still yearning for Apollo, asking for his love. For this reason, the Sunflower also represents faithfulness and loyalty.

Other meanings associated with the Sunflower include intelligence, enlightenment and spiritual knowledge.

Lilies are often seen as a symbol of purity. However, in ancient times, many cultures used lilies in their funeral rituals. This meaning is not common today.

A Greek myth about Hera and Zeus is also associated with lilies. Hercules, the Demi-God, was born out of one of Zeus’s affairs. Despite this, he wanted Hera to nurture Hercules. Hera refused. However, Zeus insisted and tried to sneak Hercules in to be near Hera while she slept. Due to this story, lilies are also associated with motherhood.

The White Lily is often seen as a symbol of purity. The Pink Lily denotes abundance, the Yellow Lily denotes gratefulness. Orange Lilies show wealth and confidence, and the Red Lily signifies passion.

Gardenias are a popular flower for weddings. They symbolize commitment and lasting love. Gardenia flower meanings also include renewals, as well as the start of a new journey. When it comes to marriage, these flowers indicate the start of a new beginning in marriage.

Gardenia flowers also indicate trust and respect, which are important foundations for a marriage. However, the Gardenia can also mean something else. The surprising meaning behind the Gardenia flower is that it can be used to mean that you know more about a situation than people realize.

The beautiful Dahlia traditionally represents beauty, inner strength, kindness, perseverance and resilience. The meaning of the Dahlia flower is suited to anyone who stands their ground in the face of adversity with balance and grace.

However, it has another meaning. The Dahlia can be used to warn someone of a potential betrayal that is coming their way.

Traditionally, the Rose was used to denote confidentiality. The term ‘Sub Rosa’ means ‘Under the Rose’. Its historical significance lies in the fact that many meetings took place in rooms with Rose hung from the ceiling. The presence of the Rose told the participants of the meeting that anything said in that room was a secret.

The Peony flower is often seen in weddings and in bridal bouquets. Popularly, there are various Peony flower meaning. These include love, prosperity, romance, and a happy marriage.

Flowers have a vibrant history. Different cultures and traditions have different meanings behind flowers. But the love and adoration for flowers remain consistent across cultures.