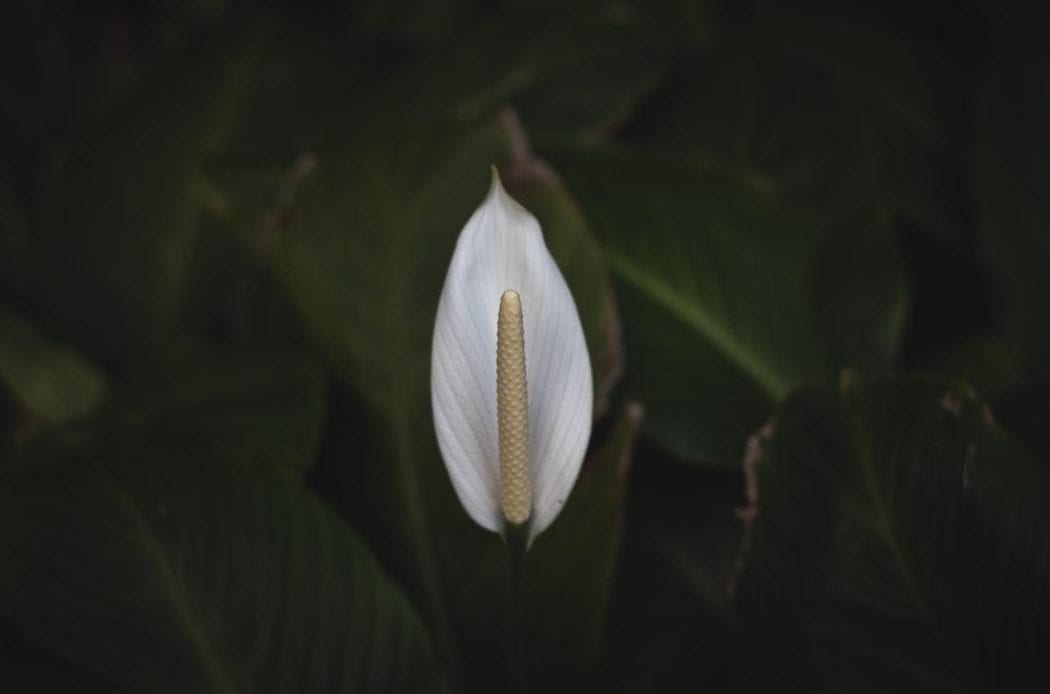 There are so many beautiful and vibrant flowers out there and how many are we really aware of? So, today, we bring to you some of the most beautiful flowers from all over the world but with one thing in common- Letter P! Here is our collection of interesting flowers starting with P.

Pasque flower, also known as the Easter flower, is a toxic wildflower. So, if it is not used properly. It can cause serious health problems. It was a popular flower used for abortions in the past. A fun fact about this flower is that instead of having petals, the flower is mostly made of sepals!

Passion flowers have the most distinct and attractive appearance of the whole lot of flowers with the letter P. It is said that Passiflora bears the entire story of Christ’s crucifixion as its corona is very similar to the crown of thorns that Jesus Christ had worn.

Peace lilies are a symbol of peace owing to their white color. They are extremely popular as indoor houseplants and are believed to create a positive atmosphere in their surroundings. Another distinct quality of these beautiful flowers is their air-purifying capabilities. Although most people perceive its white swathes to be its flower, the actual flowers of peace lily are small, resting on the head of the spadix.

Pelargonium, more popularly known as Geranium, is a much-loved home plant. It is often used for decorating balconies, windows, and terraces. The flower holds a lot of cultural importance in numerous European countries. Some varieties of Pelargoniums are used as flavors in eatables. Apart from ornamental purposes, these flowers are also used in medicine.

Penstemon, more popularly known as Beardtongue, is a perennial flower that was widely used for medicinal purposes in earlier times. Today, the flower is mostly used for ornamentation. The specialty of this flower is its tolerance to droughts. Thus, it is a popular flower in xeriscaping.

Because of their bright colors and sweet scent, peonies are the most popular flowers for ornamental purposes. They are also widely associated with romance. Another advantage of Peonies is that they are low maintenance.

Persian Buttercup, with its bright colors, never fails to draw people’s attention towards itself. The reason it is known as a Persian buttercup is because of its association with a Persian myth. According to this tale, the buttercup flower is a symbol of a lovelorn prince who sang to a heavenly day and night. Eventually, the nymph got so tired of the prince’s songs that she turned him into a buttercup flower. However, different countries have different folklores related to this P-lettered flower.

Peruvian Lily is also renowned as the ‘Lily of Incas’ or the ‘Parrot Lily.’ Although Peruvian Lilies with their striped petals are beautiful to look at, they are essentially odorless. So, if you’re someone with pollen allergies, you know what flower to get!

Petunias, when given sufficient sunlight, grow at a vigorous speed. This flower is associated with quirky myths and folklores. For instance, it is believed that gifting Petunias signify two extreme meanings. It either symbolizes comfort or anger. The next time, you’re furious and want the other person to know, gift them a Petunia!

This flower starting with P is another magical looking flower with clusters of small flowers and numerous long, thin stamens. They come in a variety of colors such as lavender, violet, and blue. It also attracts pollinators like bees, honeybees, and butterflies.

The Pincushion flower derives its name from its stamens that look like pins stuck in a pincushion. They are popular garden plants and also strong attractors of pollinators. Another flower that is commonly known as a pincushion is Leucospermum. These are evergreen flowers with long protruding styles that again give the flower an appearance of a pincushion.

The perennial Eucomis flower strongly resembles the shape of a pineapple and hence, is known as Pineapple Lily. They are majorly summer growing ornamental flowers. These flowers grow from bulbs and are also a relative of asparagus.

This flower probably has the most interesting name of the bundle of flowers starting with P. Even though the flower belongs to the family of orchids, it is quite different from them. The showy appearance of the Pink Lady’s Slipper does not produce nectar but attract pollinators through its sweet fragrance. Also, the flower has a very slippery edge that often causes small insects to get trapped inside it.

Also known as balloon flower, Platycodon is a native to the Eastern part of the world. The reason behind its common name (balloon flower) is its buds that look like balloons. It is widely used in culinary activities in Korea and has a strong cultural significance in Japan. It is also a strong magnet for birds and insects attracting them towards itself. Thus, it is a good pollinator.

Plumeria flowers are famous for their sweet fragrance and their attractive petal shapes and colors. These pretty flowers are widely used for decorative purposes and are popular indoor plants. They also go by the name of Frangipani that is mainly used in Australia. The flower has a strong cultural significance in Hawaii, where it is used for making their famous Leis (garlands).

Polygonatum is more commonly known as Solomon’s seal or King’s Solomon seal. The beautiful flower resembles hanging bells and is a marvel to look at. It is said to have important medicinal and culinary properties. However, some elements of the flower are poisonous. So if you’re wondering about a delightful Polygonatum meal, make sure to remove the berries!

Poppy is one of the most widely recognized flowers in the world. The major reason behind its widespread popularity is the range of species and colors that it is available in. Did you know poppy seeds are banned in various countries? Poppy seeds are banned in countries like China, Taiwan, Saudi Arabia, and Singapore because of their narcotic properties.

Pot Marigolds are popular flowers known for their bright yellow and orange hues. The flowers are not only used as natural dyes but are also completely edible. They are also used in medicines and cosmetics.

This tropical flower is also known as fairy duster due to its magical appearance with long slender stamens. They are extremely attractive flowers available in vibrant colors. They are also one of the favorite meals of caterpillars.

The perennial Primrose flower is famous for its vibrant blooms and bright colors. Interestingly, you can eat both the Primrose flower as well its leaves mixing it with your soups or wines! This flower is so popular in Europe that “Primrose Day” is celebrated all over the United Kingdom on 19th April.

Protea is the national flower of South Africa. Even though Proteas are mostly associated with South Africa, it is interesting to know that Australia has the largest collection of these beautiful flowers! Moreover, these exotic flowers are believed to be one of the oldest flowering plants in the world!

Pulmonaria or Lungwort are shade-loving plants with bright and attractive flowers. They are considered a symbol of admiration and joy. They bloom in a variety of colors and are delightful to look at!

The perennial coneflowers belong to the sunflower family. They have similar coppery brown cones in the center, but unlike sunflowers, they have droopy leaves. It comes in a variety of beautiful shades like lavender, pink and purple. This flower starting with P has drought tolerant capabilities as well.We hope you enjoyed reading some interesting facts about the wide range of flowers starting with P!