Spring Flowers You Must Know About 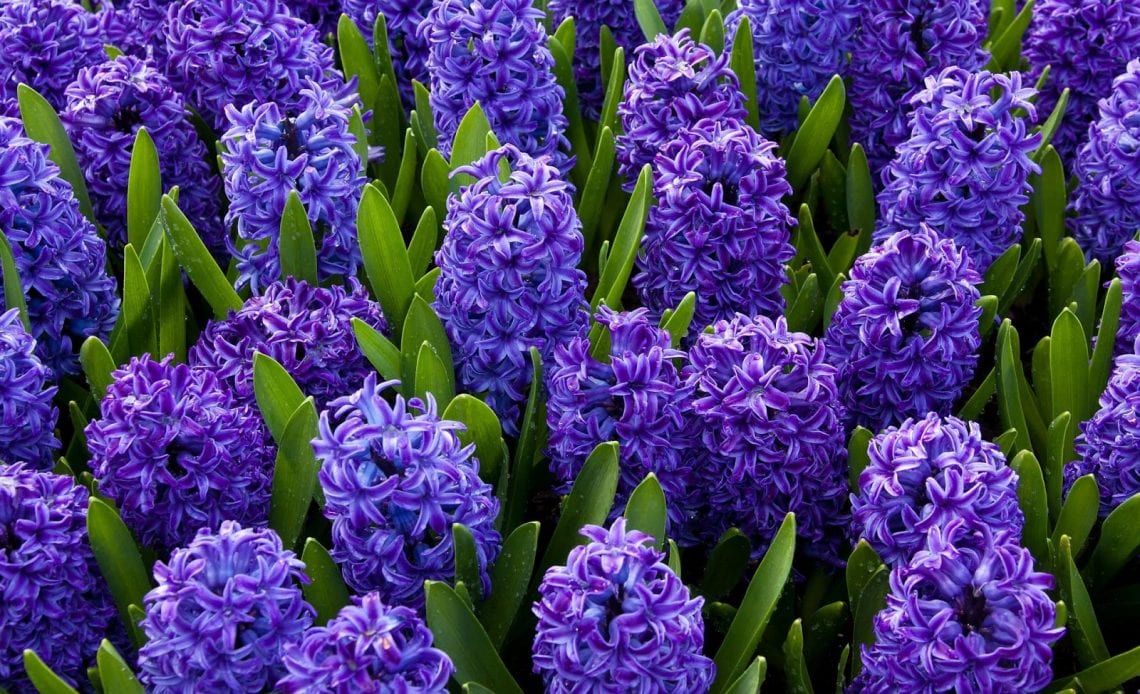 Springtime is a season of renewal, hope and enthusiasm. Spring brings along many pretty flowers and fragrant blooms. They can inspire, invigorate and make us dream. This is a list of several spring flower names you absolutely must know about.

Snowdrop is the quintessential spring flower. Since it is frost-tolerant, the flower pushes itself through the snow and announces the arrival of spring. This hardy perennial plant is an early bloomer, with typical height between 7 and 15 cm. The milky-white, bell-shaped flowers are small (~2 cm) and they are hanging down off the stalks. Each flower has three inner and three outer petals. Some flowers have a flack of green color on its petals in the shape of a small heart. The plant has long leaves that resemble narrow blades of grass.

Due to the delicate appearance of the flower against the harsh conditions of a winter landscape, the flower has become a symbol of purity, hope and new beginnings. A legend says that the flower was created by an angel breathing upon a snowflake.

Snowdrops make beautiful garden flowers. They are well suited in cool climates and at locations which provide the right balance of sun and light shade. The soil needs to be well-drained and rich in organic components. This plant shows clumping growth patterns and are usually planted in not-too-dense clusters of 20 to 30 bulbs. Snowdrops look beautiful when planted in containers, window boxes, rock gardens and woodlands.

Hyacinth can easily claim the epithet of the most fragrant among all spring flowers. Its scent ranges from mild (when the buds are still closed) to captivatingly strong (when the flower is in full bloom). A hyacinth flower not only brings the colors of springtime into one’s garden and home, but also fills the air with an invigorating scent. Hyacinth comes in several colors, with white, pink and violet-blue being the most common and popular. The floret is a densely populated raceme (cluster) of small flowers. The small flowers within the cluster resemble small starfish. The long green stalk with its upright flower spike is surrounded by four to six linear, waxy leaves. Hyacinths typically reach a height of 15 to 30 cm.

Hyacinth is a word of Greek origin, translated as ‘flower of rain”. According to a myth from the old world, two gods, Zephyr and Apollo, were both enchanted by a good-looking young man by the name Hyacinthus (Hyakinthos). In a super of jealousy, Hyakinthos was killed. The flower which grew from his blood was named after him. According to a popular folk belief, the hyacinth flower can ease grief and depression, as well as prevent nightmares.

Wild flower is native to the Middle East and the Mediterranean. It was brought to Europe by the Greeks and the Romans. Today it is cultivated in gardens around the world. Hyacinth is easy to grow, both indoors (in pots and window boxes) and outdoors (borders, drift planting, bed gardens). This spring flower should not be exposed to direct sunlight. It grows a little later than the Snowdrop, once the weather gets sunnier and warmer.

The tulip belongs to a genus of nearly a hundred species of flowers. Tulips are very popular and regularly tops our list of the most cherished spring flower names. The upright, cup-shaped tulip flower typically consists of three tepals and three sepals (exception to this are some hybrids and noble-flower varieties). Tulips come in all imaginable colors and shades. Some varieties even have multi-toned petals. The waxy leaves are strap-shaped.

One of the most intriguing historical facts about tulips is the Dutch fascination with this flower. At the height of the seventeenth-century ‘tulip-fever,’ some flower bulbs were auctioned for a price equivalent to the price of a house! Semper Augustus Tulip, a rare collectible bi-colored tulip with white petals tainted in streaks of red, was rarer and more expensive than gold. This can be the reason why the tulip flower has often been considered a symbol of wealth, prosperity and good luck.

Centuries ago, long before they became widespread, tulips were native to the geographical belt between Southern Europe and Central Asia. The origin of the name tulip is not certain. According to some interpreters, the word comes from the Persian ‘dulband’ (turban) due to the resemblance of an open tulip flower to the middle-eastern headwear. In other common folk beliefs, the word tulip is translated as ‘perfect love.’

Tulips are bulbous plants, planted annually. They require limited to full sunlight and weekly watering. Most varieties produce a single flower from each stem. They are suitable for containers, rock gardens and formal bedding.

Another spring flower of exquisite fragrance is the sweet-scented lilac. This spring flower name comes from the light-purple or pale-violet color of its blooms. In addition to its most-traditional color, lilacs also come in white and pink. The flowers are grouped in large panicle clusters. Lilac is a long-living deciduous shrub that can live for many decades. It blooms in early spring, but the flowers last for only three weeks.

The flower’s native habitat is the woodlands in the belt stretching from southeastern Europe (Balkan Peninsula) to eastern Asia. The flower’s common name, lilac, comes from Arabic ‘lilak’ and Persian ‘nilak,’ both meaning ‘bluish’. The botanical name of lilac, Syringa, is of Greek origin and means “tube”. The name was given in reference to the hollowness of lilac’s branches and also to the nymph Syringa in Greek mythology. The story goes that Syringa shape-shifted into a lilac shrub to hide herself from the Pan, the forest god who fell in love with her. In traditional folklore beliefs, lilac fends off ghosts and evil forces from the house.

The lilac is often considered an old-fashioned flower that evokes nostalgia. It is an ornamental, low-maintenance plant, which demands full sun. Lilacs thrive particularly well on well-drained soil. Pruning is not recommended. Lilac is a popular shrub in parks and gardens around the world. The scent of lilac is used in aromatherapy as a relaxant and antidepressant.

Together with the snowdrop, the crocus is one of the earliest spring flowers. At the onset of spring, the first crocus flowers appear even before the snow melts. The crocus flowers display nyctinasty, also known as plant ‘sleeping’: they are open during day time and remain closed during the night. The light blue-to-purple flowers are small, solitary and cup-shaped. Each flower has six petals, and the most prominent part is its long, fiber-like stigma and styles of crimson color. The crocus is a small and delicate plant that grows up to 15 cm in height.

Crocuses (or croci) are native to the meadows and woodlands across Euro-Asia. Etymologically, this name of this flower comes from the Latin word crocatus, which means saffron yellow. There is also a Greek myth about Crocus who killed himself because of a forbidden love. After his death, the plant goddess turned him into a crocus flower.

Today, the Crocus sativus species is most cherished as a source of saffron, an expensive spice made of dried crocus stigma and styles. The story goes that the flower, carried inside a walking stick, was smuggled into Europe from the Middle East. In India, the flower was used to produce a dye for royal garments.

As a cultivated garden flower, crocus is considered a fairly low-maintenance plant. It needs ample sun and well-drained, slightly acidic soil. Crocus flowers need to be kept away from rodents.

Lily-of-the-valley is one of the most delicate flowers. The small, milky-white flowers are arranged on a long stalk in clusters of 5 to 15. Each bell-shaped flower is 1/2 to 1 cm long and has six tepals with upturned tips. The flowers are sweetly scented. The lance-shaped leaves are large, dark-green, and typically 10-25 cm long.

The flower is also known as Mary’s Tears. There is a story from the Christian tradition by which, at the time of the crucifixion, Mary’s tears turned into lily-of-the-valley flowers. The flower is native to the Northern Hemisphere. It is a national flower of Finland, and used to be the national flower of former Yugoslavia. The flower gained popularity at the time of the British Royal Wedding, when Kate Middleton carried a bouquet of lily-of-the valley flowers.

When cultivated, lily-of-the-valley prefers shady and damp parts of the garden, especially under trees. It spreads rapidly on organically-rich soil, quickly covering the ground in dense foliage, and can easily turn invasive.