Widely cultivated in rock gardens for cut flower arrangements, heather varieties are most commonly found in Europe and Asia Minor. They are also naturalized in parts of North America, Australia, New Zealand and the Falkland Islands as well. These flowers are found in copious amounts in Scotland. The name heather comes from the Scottish word haeddre, which describes a heath land or a shrub land habitat.

The heather flower meaning is powerful because of the Scottish legend. There was once a woman named Malvina who married a warrior, Oscar. Unfortunately, Oscar was killed in a battle, and a messenger delivered Malvina this message along with heather flowers that were a token of love. This flower was bright pink but as soon as Malvina started crying it turned white. From then on, Malvina wished that whoever received heather flowers would have happiness and good luck.

One of the primary plant species grown on poor, acidic sandy soils. They bloom in the late summer from the month of July to September. The common Heather comes in white to pink and a wide range of purples and reds. Normally mauve in wild plants, white-flowered plants also occur but only occasionally. Even though the flowers turn brown, they still remain on the plant overwinter and can make for interesting decorative effects.

Calluna is closely related to the genus Erica (also called true heaths). It was first distinguished by Richard Anthony Salisbury. The Calluna is distinguished from Erica by its petals(corolla) and sepals(calyx). Calluna has miniature scale leaves (less than 2–3 mm long) borne in the opposite, crossing pairs, whereas Erica leaves are larger and in whorls of 3–4, sometimes 5. Calluna sometimes wears dual flowers. Calluna is sometimes referred to as Summer (or Autumn) heather to differentiate it from winter or spring flowering species of Erica.

Calluna vulgaris has numerous uses. The young juicy shoots and the seeds of heather are the principal food of the red grouse, and ripe seeds of heather are eaten by many other species of birds. Large stems of the heather flower are made into brooms, shorter ones are tied into bundles to form brushes, and long trailing shoots are woven into baskets. Additionally, the plant is also used for bedding. With the peat about its roots, it serves as an effective fuel. Furthermore, the huts of Scottish Highlanders were formerly made of heather and heath stems cemented with peat mud mixed with dry grass or straw. Today temporary sheds are often built similarly and roofed with heather.

What Does the Heather Flower Symbolize?

The heather flower meanings may be several, but each meaning is worth knowing.

Heather flower meaning and symbolization also have a unique history attached to them:

What Do the Various Colors of the Heather Flower Mean?

We all know each color has a different significance, and they influence the overall meaning of a flower. Similarly, each color of heather has a specific meaning associated with it. The various colors of heather flower meanings are enlisted for you, and we should be careful about each one and offer them on appropriate occasions.

They symbolize beauty, strength and adoration. They are thought to be an ideal gift for telling someone how beautiful and essential they are to you and how much you respect and admire them.

They stand for femininity, friendship, love and passion. So, pink heather flower bouquets are used to express your feelings towards the woman in your life. It also shows how much you love them and want them to be a part of your life.

White heather flowers are used by brides in their bouquets as well as in wedding floral arrangements. It is also used at home as decor to bring in positive energy and good luck at home. The white flowers represent good luck, protection, innocence and purity. 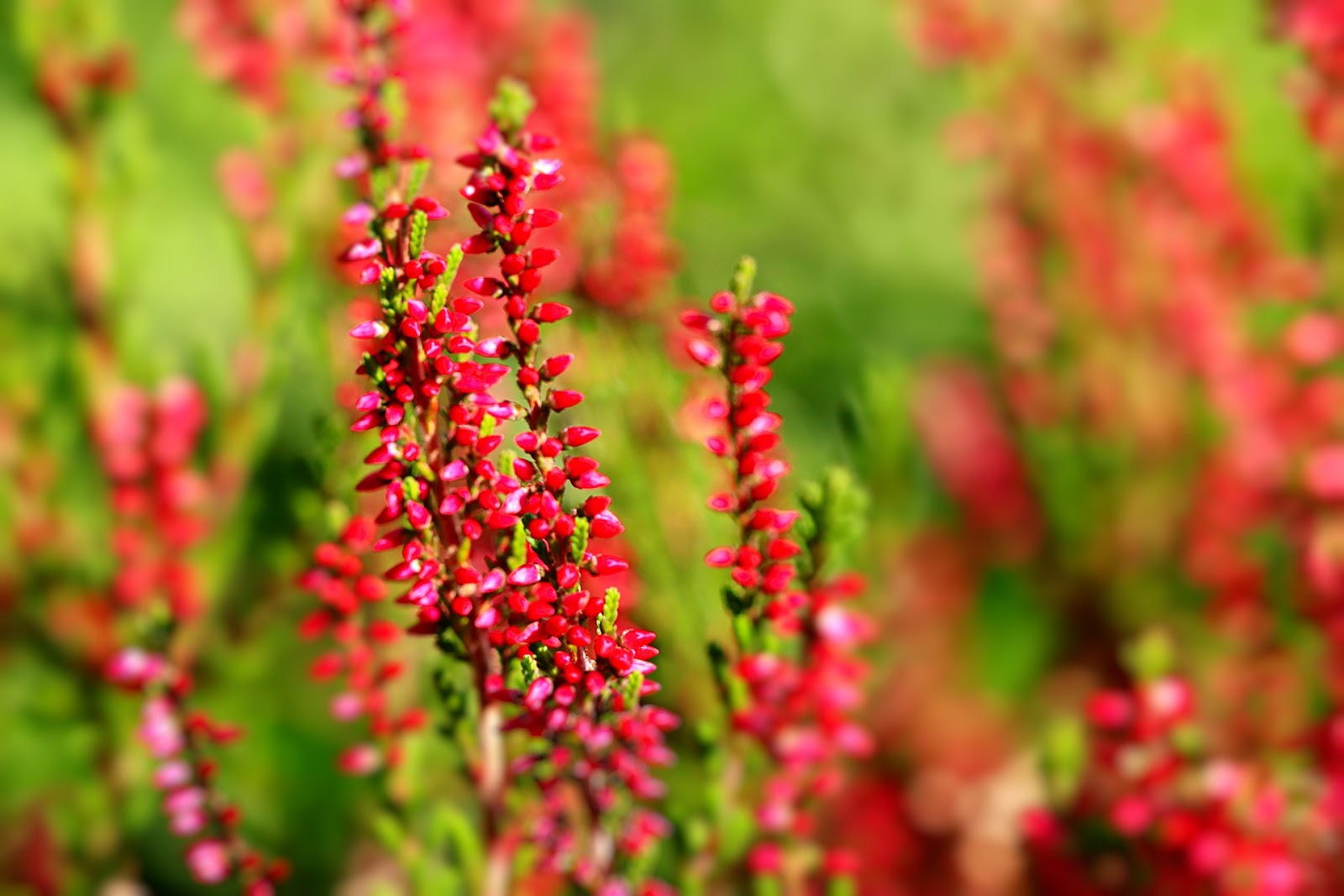 In ancient times, red and pink heather flowers were considered a sign of bad luck because they were connected to blood. Therefore, people avoided taking these colors into their homes or even as a gift to others.

Interesting facts about the Heather flower

Best time to give someone a Heather flower

Based on the symbolism and the heather flower meaning, there are a few situations where gifting them would be ideal.