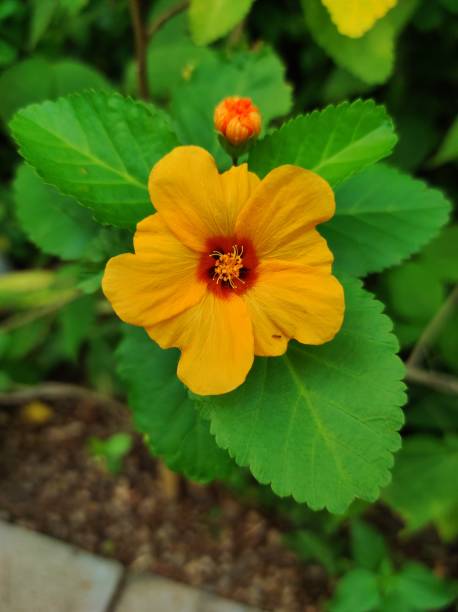 The Ilima flower is a bright yellow flower belonging to the islands of Hawaii. Scientifically called Sida Fallax, it is also known as yellow Ilima or golden mallow. It represents a genus or group of plants. DIfferent plants in this group vary widely in their height, size and shape of leaf, size and color of flower etc. Ilima flower has been a very important part of the culture and history of the Hawaiian people. This plant belongs to the hibiscus family and grows in the hot, dry forests of Hawaii. It grows at a wide range of elevations starting from sea level to as high as 6500 feet.

This plant is very hardy and can grow in various soil types including coral, cinder and sand. The leaves are smooth, rounded with pointed ends and can range anywhere between 0.5 to 5 inches. Observed primarily as a shrub, Ilima plants are usually under 5 feet, but in some cases they can grow up to 10 feet. In prostate forms, often called ‘ilima papa, it grows in a range of 6 to 12 inches along the coastal areas. The shrub forms grow in moist woodlands. These plants also grow in islands across the Pacific and China.

What does Ilima flower symbolize ?

Ilima flower meaning can be derived from its rich history and nativity to Hawaii. It is the official flower of the Oahu island. Ilima has been the choice of Hawaiians for making lei and medicine since time immemorial. Necklaces were made of as many as 500 or more Ilima flowers. These flowers were handpicked and strung together specially for the Hawaiian royalty. But they would not last more than day. The stems and branches of this plant were also used in construction of houses and cooking. The use of Ilima flower and its other parts on a daily basis shows that it symbolizes Hawaii and its culture.

What do the various colors of the Ilima flower mean ? 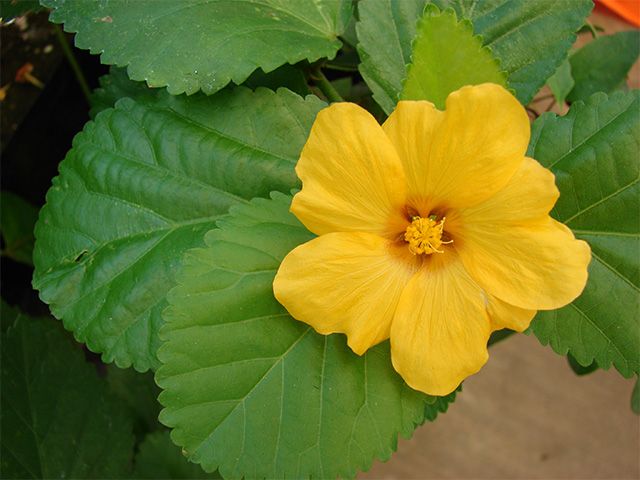 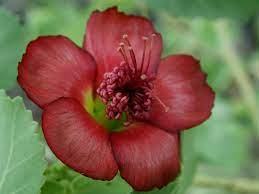 2. Red: One of the most attractive and enticing colors known, a few varieties of Ilima occur in different shades of red. Red is a symbol of love and deep, romantic emotions. Ilima flowers in red can be a perfect way for a person to express their feelings to someone. This color also signifies strength, power and aggression but in a flower, red always conveys the emotions of love and beauty. 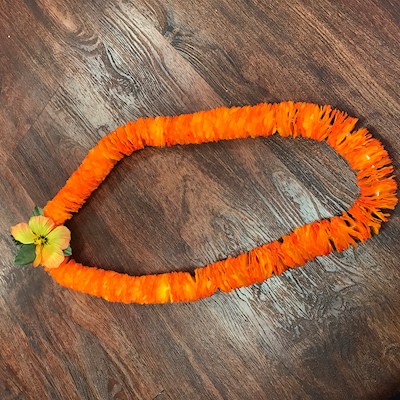 3.Orange: Ilima flowers also come in different shades of orange, sometimes with a mix of red or yellow. Like yellow, orange is a strong and invigorating color. It is commonly seen as a happy and uplifting color in many parts around the world. Orange is also associated with spirituality and in Southeast Asia, many religious and spiritual people wear simple, orange clothes.

Interesting facts and characteristics of the Ilima flower

Apart from being a beautiful Hawaiian flower, there are a lot of interesting facts about the Ilima flower. Let us learn more about Ilima flowers in the following points:

Being a symbol of good luck, lei made of Ilima flowers is the perfect gift for anyone starting a new chapter of life. For example, going to college, a newly married couple, a new job and so on. Besides that, any occasion is a great opportunity to gift Ilima flowers or Ilima lei. Being a symbol of Hawaii and the fact that they are endemic to the state makes Ilima a very special gift.